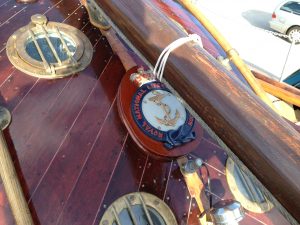 Single engine Liverpool class lifeboat restored to as near original condition as possible by us, using original plans and RNLI equipment sourced as being from this boat when converted to private use.

video of her launch after restoration here  https://www.youtube.com/watch?v=X18bGLSlRnk