The Fastnet race disaster 1979 was caused by a Force 10, sixty-knot storm swept across the North Atlantic with a speed that confounded forecasters, slamming into the fleet with epic fury.

For twenty hours, 2,500 men and women were smashed by forty-foot breaking waves, while rescue helicopters and lifeboats struggled to save them.

R.N.L.B. The Guy and Clare Hunter 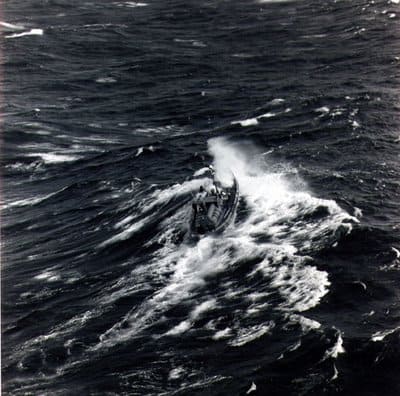 Launched from St Mary’s in the Scillies with Matt Lethbridge as Coxswain. While storms are rare in August, the one which struck in 1979 was of unusual ferocity.

Had it not been for the superb efforts of the rescue services in both tragedies, loss of life could have been far higher.

By the time the race was over, fifteen people had died, twenty-four crews had abandoned ship, five yachts had sunk, 136 sailors had been rescued, and only 85 boats had finished the race.

Some images of Guy and Clare Hunter through the Years

You can read more about the Guy and Clare Hunter here