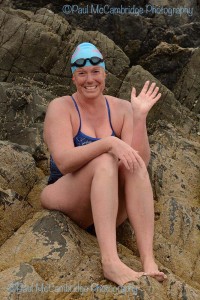 Paul McCambridge Photography – Belfast – 15th July 2013
Mandatory Picture Credit. Picture By Paul McCambridge
American marathon swimmer Michelle Macy became the first American to complete the Oceans Seven Challenge and the 3rd ever. Michelle’s last swim was the notoriously tough North Channel between Ireland and Scotland which she did in a new record time of 9hr 34mins, a record that has stood for 25 years when Alison Streeter clocked up a time of 9hr and 53mins the only time under 10 hours.